The Canadian Northern Railway once brought rail traffic just north of Whitby, south of Brooklin.  That all came to an end in the 1930's, but numerous bits and pieces remain.

Below is a map of the abandoned line through Whitby, Ontario.  This is a screenshot from Google Earth using the map data from Eric Zadro's southern Ontario railway mapping project, overlayed with points of interest discussed below.  Enjoy!

This really is the most interesting feature remaining from the railway, a large bridge that once spanned the Devil's Den area of what is now Heber Downs Conservation Area.
The bridge was completed in 1910, but was demolished just 20 years later in 1930.  Now all that remains are several concrete pilings, some of which are clearly visible, some you have to hunt for in the trees!

Just east of Devil's Den, the old railway right of way has been turned into a recreational trail.  It's muddy in the spring/fall or after a rain... you've been warned!  I haven't seen any real evidence of its past through there, but it's neat to imagine a train blasting through there.

The aptly named "Railway Trail" on the map below.  Also check out the Devil's Den, and if you climb the stairs to the west end there's a monument to the structure that once stood there.

I noticed this one on a run one day - couldn't believe I hadn't noticed it earlier!

On the west side of Baldwin, there is this concrete piling. 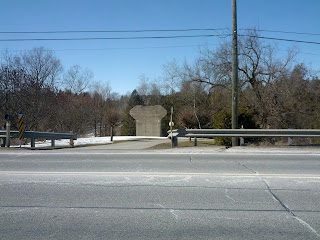 On the east side, the old railbed is clearly visible, although it has since been turned into the entrance to someone's home. 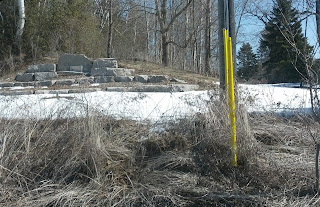 If you go north on Garden almost to where it ends, you'll find yet another point of interest.

I don't know exactly what this is - but it's old, stone, and almost exactly where the map says the railway went (west side of Garden).  Any guesses? 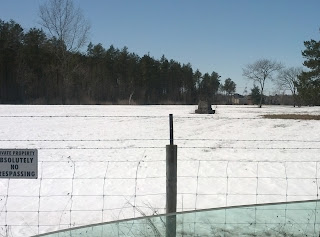 On the west side of Garden is someone's home, but the old right-of-way is still intact, being used as some kind of laneway. 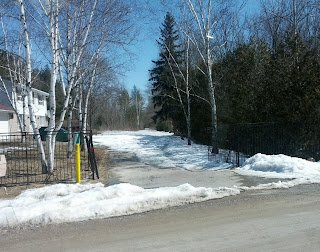 Junction with the Port Perry Railway


I haven't been able to get over to where this was, seems it's in the middle of private property, but here's a picture from the Whitby Archives. 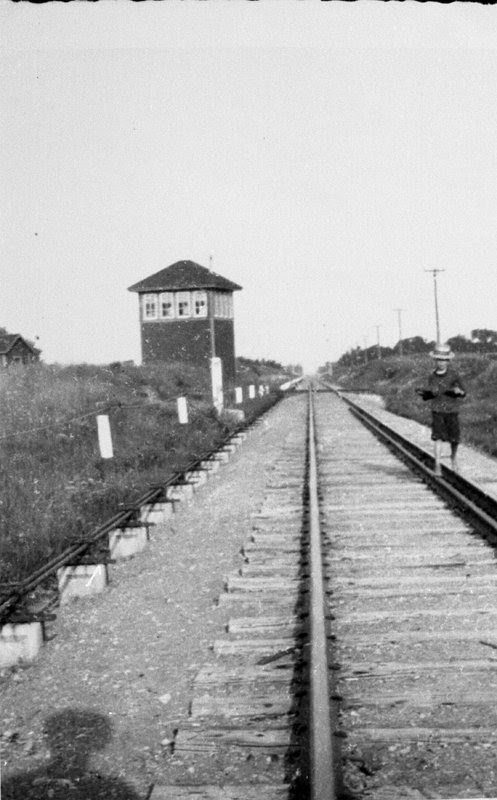 I'm not entirely sure where this is, but found it in the archives... I believe it would be east of the junction, but it's not clear. 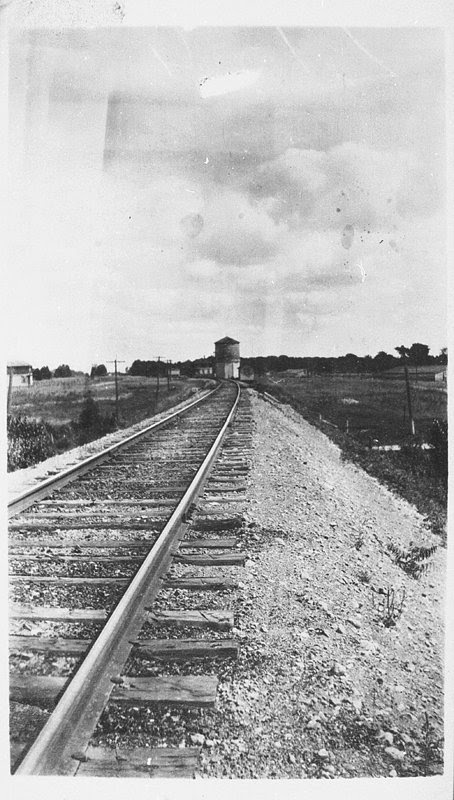 Through Thickson and further east, it seems to now be used for an oil pipeline.  Here it is at Thornton.  Not as interesting as the Western portion. 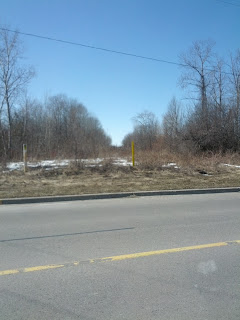 Let me know in the comments, I'm always interested!

Posted by jonovision_man at 8:12 AM 4 comments: